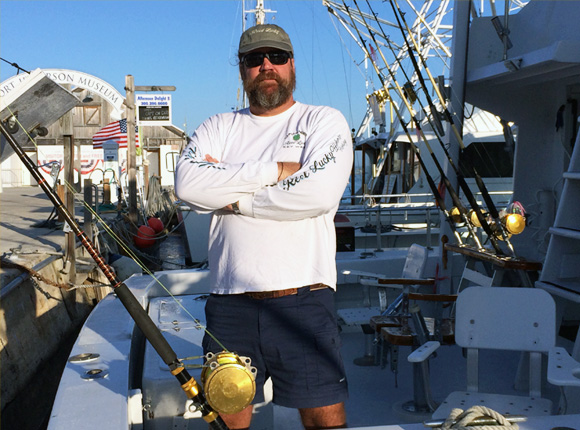 For the last 30 years, Captain Moe has worn many hats sailing the oceans of the world and conducting fishing charters. In 1984, the Coast Guard brought him to Key West, FL, where he worked as a crew member on a variety of vessels—from the 205-ft cutter UTE to a series of small boats at the station. After his tour of duty ended, he started working with a startup catamaran business called Sebago. During that time, he sat for his Captain’s License and got involved with an ocean-racing outfit called Merrythought.

For the next 12 years, Captain Moe sailed most of the way around the world, racing just about any buoy or ocean race you could think of—and winning most of them! During his time as a professional ocean racer, he had the opportunity to fish all over the world: New Zealand; Panama; Hawaii; Cabo San Lucas and Monzanillo in Mexico; the Caribbean, from Trinidad to Cuba; Bermuda; and all the waters in between. After competing as a sailor in the 1999 – 2000 America’s Cup in New Zealand, Captain Moe came back home and focused on his fishing business. 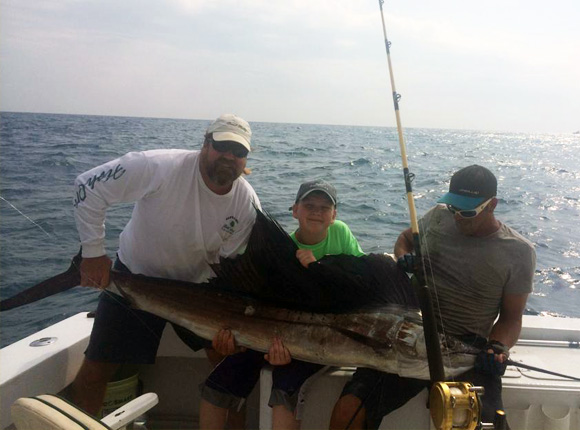 Armed with the experience of running some of the greatest high-tech boats on the sea and organizing some of the best sailors in the world, Captain Moe knew he was ready for his own fishing charter fleet. He trained his crew to the highest standard, and it shows—on the water as well as the dock!

Captain Moe leads by example when you use his fishing charters. Just about every day, you can find him with his crew, working on one of his boats, cleaning fish, training and discussing what’s been happening out on the waters. He used to spend his days catching tarpon and light tackle fishing in the harbor and surrounding flats. But after buying the Lucky Charm, he’s moved up to the bridge, and trolling the blue water seems to agree with him.

When you call Captain Moe’s Lucky Fleet fishing charters, you will talk directly with Captain Moe. He’s been planning charter fishing for so long that after a few minutes of talking, he’ll know exactly what your expectations are for the trip. He prides himself on being one of the few fleet owners in Key West, FL that still works directly with his crew and customers to make sure everything goes perfectly on your fishing adventure.

What are you looking for? Light tackle fishing, offshore (deep sea) fishing, backcountry fishing or just to have a good time? For all of these and more, call Captain Moe’s Lucky Fleet today!