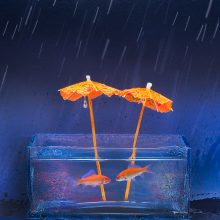 There’s no fooling around when it comes to fishing the Keys in April! With spring officially “sprung,” more fish than ever are making their way back to warmer waters. And to take advantage of this significant boost in activity, Captain Moe and his crew are as ready as ever to help you reel in the catch of your life.

Last month, we mentioned the beginning of Tarpon season, and the season certainly doesn’t slow down once hitting April. It’s hard NOT to throw a line in and catch tarpon. You’ll mainly be able to catch Tarpon in the backcountry, where they’ve settled after their migration. Also, you’ll continue to see Snappers, Mackerels, Barracudas, Jacks and more in this area. 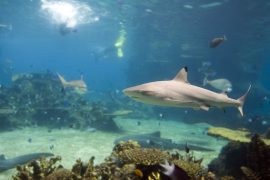 Right on the heels (fins) of Tarpon, expect to see Sharks following closely behind. In both the flats and backcountry, Sharks will make their home, preying on Tarpon and hopefully your bait! Common Sharks to catch include Blacktips, Spinners, Bulls and Hammerheads. In the flats, also keep an eye out for Permit, Bonefish, Snooks and Redfish.

As you make your way into deeper waters, be prepared to pull in some of the biggest Mahi-Mahi of the year. As well, April offers a shot to see the fish of the deep-sea at their largest. These “giants” include Kingfish, Tuna, Wahoo and the popular Sailfish. 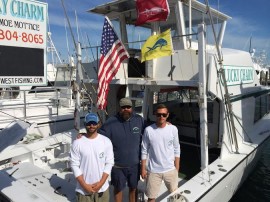 Weather can either be your friend or your enemy when it comes to fishing off the Keys, but April offers one of the best times of the year for catching, rain or shine. To see for yourself just how great the fishing can be, book a charter boat with Captain Moe’s Lucky Fleet today! Captain Moe, using his extensive years of experience sailing the world, offers the most fun during any fishing trip.