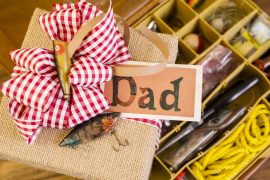 As we move into summer, the temperature is getting hot, but the fishing is getting hotter! And what better way to celebrate both grads and dads in June than with some Key West fishing with Captain Moe? Currently in season are Tarpon, Yellowtail Snapper, Mahi-Mahi, Bonefish and more. Let’s dive into where you can expect to catch these fish this month.

Lots and Lots of Tarpon

Tarpon have been the stars of the last few months, and June is no exception. As waters reach their summer temperatures, Tarpon are spawning in mass quantities. It’s hard NOT to throw a line in the backcountry and snag a Tarpon! With windier conditions gone, it also makes pulling in Tarpon and other species a lot easier. Also, be on the lookout for Sharks, Snook, Redfish, Jacks and Ladyfish.

Make No Bonefish About It

As you scout out the flats on some excellent fishing, you’ll be sure to pull in a few Bonefish. Sometimes referred to as the Grey Ghost or Silver Bullet, Bonefish are great fun to pull in for shallow water fishing. In what is called “tailing conditions,” we take boats out on a calm morning and can spot Bonefish by their fins and tails sticking out of the water. And while cruising the flats, you can expect to catch Permit or more Tarpon.

Deep sea fishing also has an uptick with the winds of April and May finally leaving us. June presents an excellent opportunity to pull in Mahi-Mahi. We mentioned last month that the bigger Mahi-Mahi come out when the wind dies down, and June is when that action is at its peak. Additionally, you can still count on Sailfish and Black Fin Tuna to be biting in the first half of June, and Swordfish begin to show in more significant numbers.

Snap Up Some Snappers

Back in May and into June marks the spawning season for Mutton Snapper and Yellowtail Snapper. These Snappers and others tend to congregate around the reefs and wrecks of Key West. The best way to catch these fish is by using light tackle on days with a full moon. And if you’re looking for something else, you can find Grouper, Mackerel and Jacks in this area. 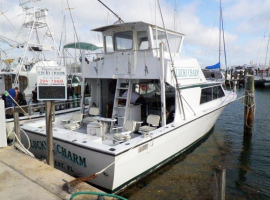 As we enter summer, there’s no better way to get your mind off the heat than with some excellent charter fishing. This time of year also marks an excellent start for family vacations, so why not make your trip special with help from Captain Moe’s Lucky Fleet?

Captain Moe is the experienced sailor you need with you out on the water. For over 30 years, he has sailed the oceans of the world. From being a part of the Coast Guard to performing as a professional ocean racer, Moe has sailed it all. He has fished the waters of New Zealand, Panama, Hawaii, Mexico and more, and his adventures have led him to lead up a fleet of charter boats in Key West.