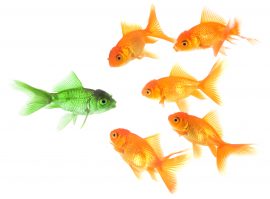 Pack your rabbit feet and four-leaf clovers, because no other time of year is luckier than with Captain Moe’s Lucky Fleet! With a bit of the “luck o’ the Irish” and the warming temperatures of spring, you can expect excellent fishing off the coast of Key West. As the tropical winds usher in the migration of more fish, let us help you on your next adventure at sea.

As you cast your line out over the flats, be on the lookout for Permit. Warmer waters push these fish through shallower areas while on their way to wrecks and reefs. Additionally, while the Permit is popping, you’ll be able to pull in Redfish and Cobia.

Down Wind of a Great Catch

Don’t forget your jacket, because you’ll be facing some serious winds out on the open water during March. Fortunate for deep-sea fishermen, the winds also blow in Tuna, Kingfish, Sailfish and more. Dolphin (Mahi Mahi) will start to become more prevalent in spring, having an affinity for warmer waters. 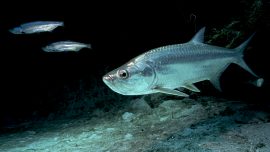 Get ready to jump into the backcountry, because Tarpon season officially begins in March. Utilizing live bait, chumming and other techniques help us reel in the biggest Tarpon of the bunch. Also, the backcountry is teeming with Redfish, Barracudas, Snappers and Sharks, all ready to put up a fight.

As mentioned previously, Permit will migrate through the flats and into the wrecks and reefs. Once there, they begin to spawn, attracting other fish to feed. Among these fish, you can spot the always-exciting-to-catch Sailfish. Between both Permit and Sailfish, March is one of the most active months for sports fishermen.

Celebrate Your Spring Break with the Captain

As spring opens, one of the busiest seasons for charter fishing begins! To take advantage of some of the best fishing all year round, ride along with Captain Moe’s Lucky Fleet. An experienced captain and fisherman, Captain Moe has spent the last 30 years traversing the world’s seas. When looking for the most fun fishing experience in the Keys, book a charter boat with Captain Moe today!