SHARK WEEK 2019: The Most Carnivorous Time of the Year!

Sunday, July 28th marked the beginning of SHARK WEEK 2019, as featured on the Discovery Channel. And what better way to celebrate Shark Week than taking to the sea and pulling in these monsters of the deep? Captain Moe and his Lucky Fleet are looking forward to maybe catching a few sharks (among other things) this week. But, in the meantime, here are a few fun facts about sharks to “satiate your hunger.”

Catshark Got Your Tongue?

Perhaps what makes sharks so effective at stalking their prey is the complete silence they use. In fact, sharks can’t make noise at all! Sharks don’t possess any vocal cords and therefore cannot produce any sound. Instead, sharks communicate with each other through sight and body language. A shark during feeding time can give new (and scarier) meaning to the phrase “silent but deadly.”

For what sharks lack in vocal aptitude, they make up for in their other senses. Most species of sharks have incredible eyesight. The eyeballs of a shark have a reflective layer of tissue called “tapetum.” This additional tissue allows sharks clear vision for both day and night, and in color. Additionally, sharks possess a “6th sense” that humans don’t have. Using electroreceptor organs near the nose, eyes and mouth, sharks can detect electromagnetic fields and shifts of temperature.

“Faster Than a Speeding Bullet…”

Although not as fast and powerful as Superman, sharks are built like speedy, underwater tanks. Not only do some sharks have incredibly thick skin (near 6 inches thick!), but their skin can enable them to move quickly. Shark scales have a tooth-like design, making them more hydrodynamic by reducing drag and shifting the flow of water around their bodies. 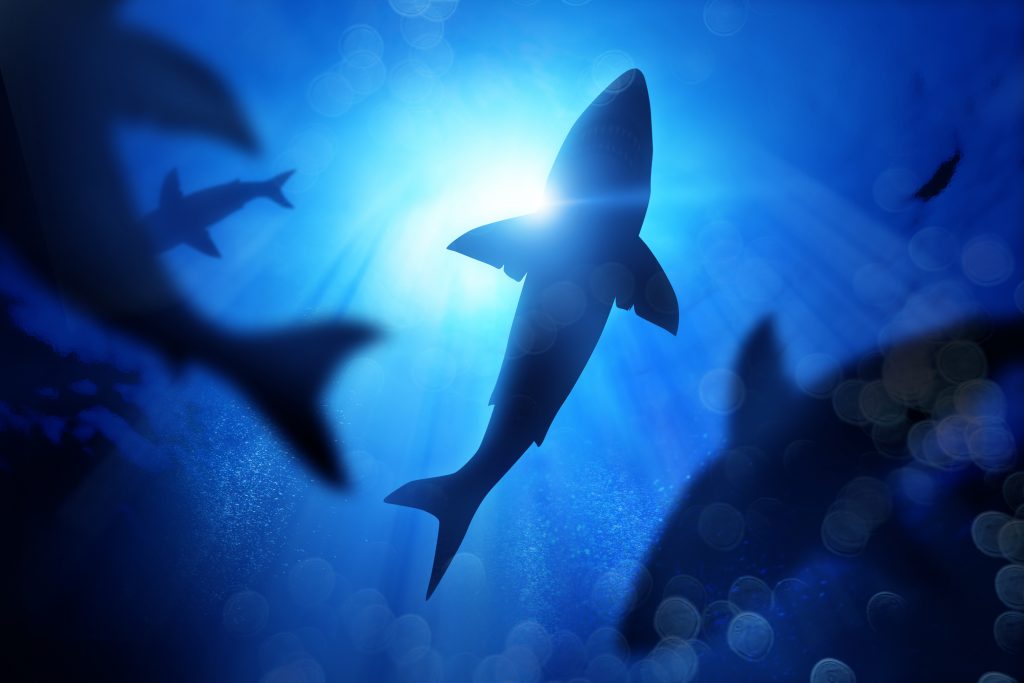 “…And More Powerful Than a Locomotive!”

Additionally, sharks have incredibly powerful jaws. The estimated force a 21-foot great white shark can produce is near 4,000 pounds per square inch (psi). This power is near double that of a jaguar or hippopotamus. The only other creatures with a more comparable bite force are crocodiles. However, the Nile crocodile does beat out the great white shark by an additional 1,000 psi.

If all this shark talk has got you worried about going near the ocean, don’t fret! A shark attack, for anywhere in the world, is a rare occurrence. Shark attacks happen so little; lightning strikes are more dangerous. Just by the sheer amount of accidents and deaths they cause, more dangerous animals include hippos, cows and deer. That’s right; you should be more afraid of a cow than a shark! The truth is, most instances where a shark will attack a human, it’s a case of mistaken identity (they may think you’re a seal).

Up Close and Personal 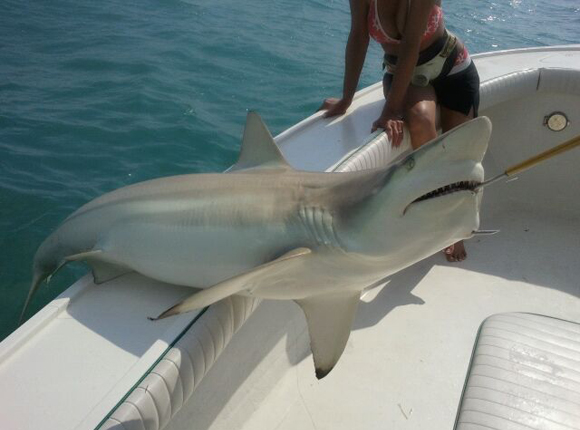 Interested in seeing a shark for yourself? Why not make a challenge of the experience and see if you can’t catch one? With Captain Moe’s Lucky Fleet, we offer shark fishing trips, along with a variety of other fishing adventures. As one of the most experienced sailors in Key West, Captain Moe can take you out for the fishing trip of a lifetime! To book your charter boat today, you can call Captain Moe at (305) 422-1356. Also, we are located at 201 Margaret St, Key West, FL 33040.